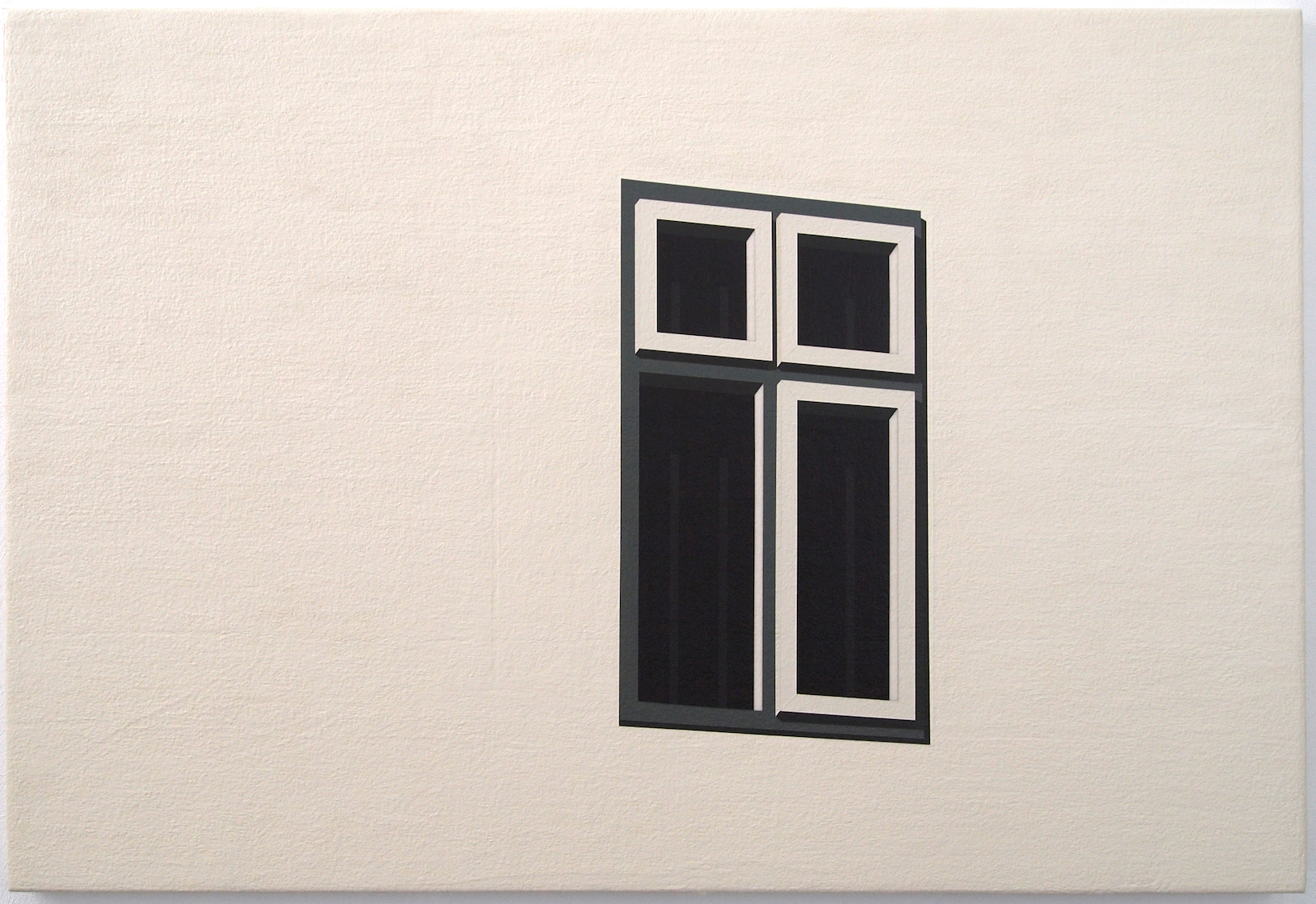 The new series of works by Molenaar is based on Plato’s allegory of the cave.Plato (c. 427 – 347 Athens, BC) considered everything in our world as transient and a copy of the ideal form, existing in a permanent and incorruptible form outside of space and time. Only in the world of abstractions is a perfect mathematical order and permanence. This is the vision of Plato which is the basis for his allegory of the cave, in which the man (as a prisoner) lives in a dark cave with his view on only one wall, which on there is a shadow play of just the actual reality.
Among other paintings on show, there will be several works from the series “Nichtbilder’ in which to answer the fundamental question on what is the source of visualization, he first made paintings, then digital photos of the paintings and printed these the same size as the original and in the same greyscale on canvas. The original paintings and the photos are presented in a combination of 6 pieces.
Molenaar questions the art of painting. Paintings become objects and holes the image. Space becomes flat. A back becomes a front. The seemingly manuscript of the artist appears photographed stucco. A picture of a blank painting on a dark wall is no empty painting anymore, but a projection of the original that itself is absent.
A picture can already be seen as an echo of reality. But what is a picture if it is made of a construction by the artist? And what, if the artist also refers to works from modern art history? Is the result an echo of an echo or a timeless window on the actual reality?

Jurriaan Molenaar (b. 1968, Amersfoort, The Netherlands) studied at the Hoge School voor de Kunsten, Utrecht and graduated from the Rijksakademie in 1995.