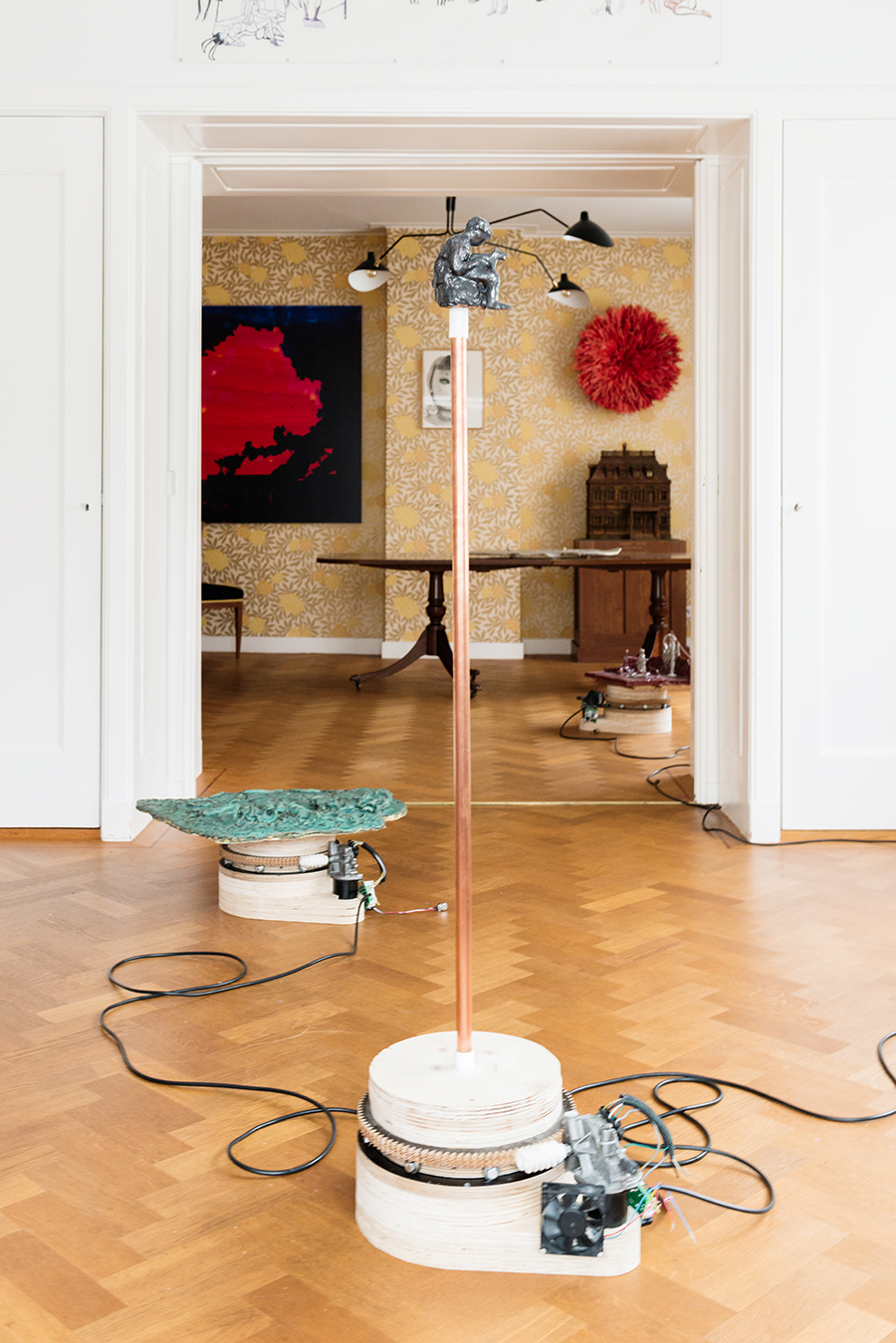 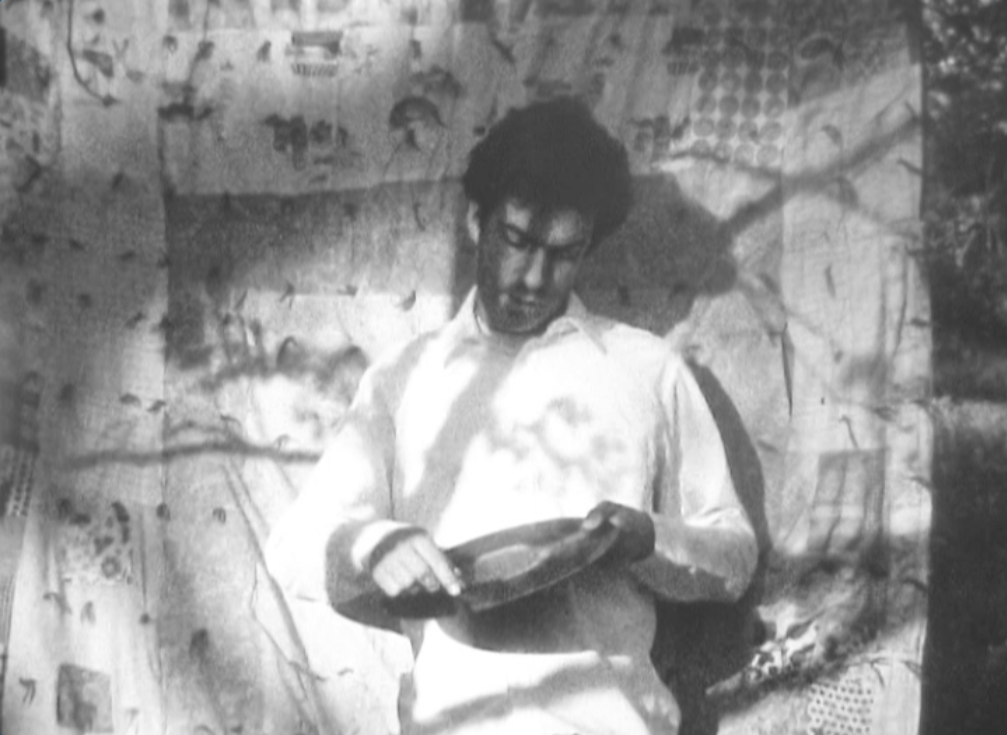 The title of this exhibition is a lyric from Cut-Out Shapes by Magazine, featured on their 1979 album Secondhand Daylight. Musically, the album could be described as cinematic; heavily textured sounds, synthesizers and distorted guitars creating vivid soundscapes. Lyrically, the album evidences the extent to which strategies sourced from modernist literature came to be used so widely by songwriters and recording artists. A particularly distinctive aspect defining the album is a tendency toward lyrical and compositional repetition. Those who view this group exhibition in the flesh will note that repetition, cyclical motion, rotation and vortices unify the works of each of the artists. Equally identifiable is the artist’s’ combination of object, movement and sound. The artists invoke strategies from different art forms, one form is used to enhance another, creating multifarious meaning and opportunity for constant reassessment of each work.

In Ulla von Brandenburg’s The Record, shot on 8mm, we see a solitary man standing in dappled twilight holding a vinyl record, his movements seem furtive and he appears to be attempting to conceal himself. He looks cautiously around before tracing its grooves with his index finger; using it as a stylus he seems to physically draw music from the disc – an improvised piano composition by von Brandenburg herself. von Brandenburg’s works are characterized by the repetition of a particular image or motif, creating scenarios that loop back upon themselves perpetually like a stylus stuck in the run out groove of a record.

Paulina Michnowska’s work employs both movement and sound in the display of ceramic sculpture. There is a strong narrative quality to her ceramics; these works lend themselves to allegorical and metaphorical readings. Several of these sculptures are quite literally cut-out shapes; sliced from sheets of clay and fired.  While on one hand these sculptures could be viewed as depictions of the quotidien, their unified hue and patina lends them an arcane appearance belonging more to the vocabulary of ancient ceramic art. The display structures constructed for this exhibition revolve at varying speeds; constantly turning to reveal different facets of the work. These gyrating plinths produce their own distinctive sound and were influenced by clockwork automata of the type used to create mechanical singing birds and music boxes.

The record producer Maynard Solomon, offers a compelling definition of a ‘successful’ work of art as being instilled with a surplus of constantly renewable energy’ (1). According to Solomon, the potency and essence of the original can be captured via a recording and then disseminated.   This notion connects to the work that Aleana Egan has produced for this exhibition, which she refers to as a sound carving (2).  Egan’s work also consists of several components; two cut-out forms (one of steel and one of layered chiffon silk) in a wall-mounted cabinet and a soundtrack that permeates the gallery.  This soundtrack combines field recordings  with an excerpt of Cyndi Lauper’s 1983 Girls Just Want to Have Fun which has been ‘emptied out’ of  lyrics and looped.   By framing this piece of music in a visual art context Egan encourages a reassessment via a different aesthetic criteria.

The eighteenth century philosopher Novalis marvelled at the possibilities of what could be achieved via the merging of artforms. He stated one should never see painting or sculpture without music; music should be heard in beautifully decorated rooms …. The result is a mixture of everything beautiful and vivifying with many different kinds of overall effects (3). At the time the boundaries separating art forms were demarcated according to a hierarchical value system. In the centuries that have passed since, shifts in studio practice, exhibition formats and critical discourse have brought about what has been termed the post-medium condition.  The works of the three artists participating in this exhibition confound neat categorisation and  demonstrate how it can be reductive to discuss an individual’s work in terms of material specificity since all aforementioned elements may be used interchangeably.