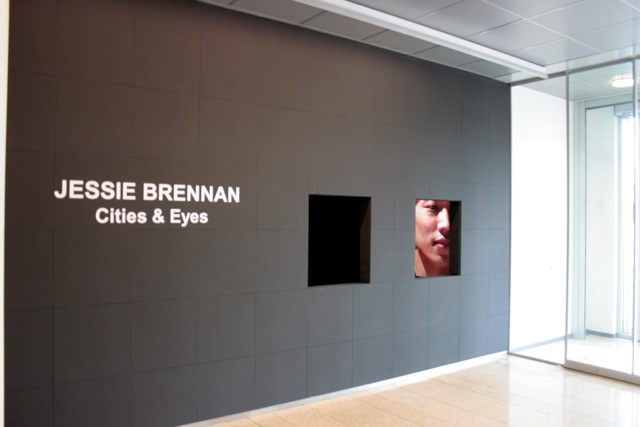 Jessie Brennan Artist of the month

Jessie Brennan will show a new work at Amsterdam Drawing 2014

Marian Cramer Projects is pleased to present its first solo exhibition of drawings and video installations by the London-based artist Jessie Brennan.  Since completing her MA at the Royal College of Art, London (2007) Brennan has developed interests between drawing and participation, informed by the social history of places and the individuals’ engagement that occupy them.  This is her first solo exhibition outside the UK showing the prizewinning work The Cut, from the Jerwood Drawing Prize 2011, as well as recently commissioned work for Art on the Underground. In recent days it was announced she is a finalist in the Celeste Prize 2012.

Brennan is interested in the critical framework of drawing and performance as a tool to conceptualize and imagine the experience of place inspired by memory, folklore, and myth.  Central to the work is the exchange of local knowledge and personal experiences between people within a particular place, situation or context and the artist.  The information gathered from these exchanges and the process of exchange itself is playfully articulated in meticulously detailed pencil drawings and performances captured in video.

Brennan’s video installations investigate interactions between individuals looking and being looked at, while the pencil drawings unravel imaginary landscapes assembled from personal information shared between the individuals and the artist.  The changing scales interwoven into the fabric of the drawings create a fictionalized space in which perceptions of memory, time and place coexist.

Brennan swaps between a socially active period of gathering research to the private space of the studio where an intimacy between maker and object is formed.  The memories, anecdotes and stories inspiring the drawings are handled with a delicate sensitivity particular to Brennan resonating with private and personal conversations.

In the video installations the intimacy is repeated in the process of their making but in a public space. Recorded in a series of video portraits cropped closely to the face or eyes strangers are invited to draw each others portrait.  They engage in a prolonged moment of eye contact and a concentrated, vulnerable and at times awkward process of reciprocated trust resulting from the drawing process.

The title of the exhibition comes from text by Italo Calvino in his book Invisible Cities in which Marco Polo conjures up cities of magical times for his host, the Chinese ruler Kublai Khan, but it gradually becomes clear that he is actually describing one city: Venice.  Several chapters named ‘Cities & Eyes’ describe different ways of perceiving and experiencing place, and self and other within it, and it is the detailed observations of the landscape, reflections and mirroring, and the surprise encounter with the gaze that the exhibition draws upon.