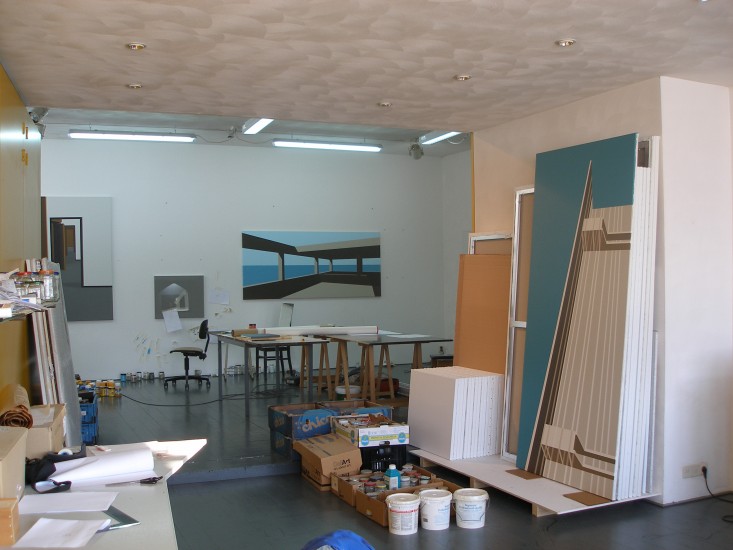 Jurriaan Molenaar can be seen in the Avro Programme, “De Nieuwe Rembrandt” since April 24, Ned 2 at 8.25 pm

In his new series of paintings the artist further explores the influence of architecture in his work, leaving out the narrative elements, which distract from the spatial illusion. Jurriaan Molenaar creates a visual language, through which he allows viewers to experience their own thoughts.

Architecture, the vocal point in Molenaar’s work, provides mental space at the expense of reality, which starts from the experience of only real and concrete observations, to explore our own world. We no longer live in ‘the’ world but in ‘our’ world referring to our personal experience or perception of the world. Molenaar’s work may be viewed in this light. The visible reality is no longer our only standard.

His recent works reflect the influence of the Renaissance causing a tension between what he paints and what he omits. The depiction of the fictive buildings in Frescoes and the omission of the consecrate result in what Molenaar calls ‘Heaven of unbelievers’. His shapes often appear to float in space and, at the same time, react to the architecture of the building depicted, which endows them with a corporal and vivid character.

Jurriaan Molenaar (b. 1968, Amersfoort, The Netherlands) studied at the Hoge School voor de Kunsten, Utrecht and graduated from the Rijksakademie in 1995. Exhibiting internationally, Molenaar’s work is held in high profile collections such as Stedelijk Museum Schiedam, AkzoNobel Art Foundation, Abn Amro Bank and the Dutch Ministry of Foreign Affairs.