Presenting four international artists belong to a new movement that focuses on the figurative in art and on the narrative potential of the painting.
The results represent experiences, interactions and movements frozen in a personal space and time.

Bijijoo’s paintings result from process-driven experimentation with painting media and automatic drawing, using traditional and digital techniques. He builds mixed media layers to amplify interplays of light, color and texture. Images are conjured from chaos, in a process akin to divination. The forms that take shape trend toward human and animal: grotesque exaggerations of life, monstrous cartoons. Unplanned narratives emerge through these interactions, reflecting struggle, celebration, and vanitas. The results depict experiences, interactions, and movements frozen in a personal space and time.
Bijijoo (given name: Michael Todd Horne; nickname: B) was born in Atlanta, Georgia (USA) in 1975 and has lived in New York City; Seattle, Washington; and Eugene, Oregon. B currently resides in Portland, Oregon with his wife and daughter.
B has been painting and drawing since childhood. He has experimented with figurative, abstract and conceptual work in a variety of media, including writing, music and video. B diverged from art practice to pursue technical studies in mathematics, physics, computer science and chemistry, culminating in a Ph.D. in biophysics (2008). He then returned to painting by creating several series of surrealist works, including The Presidential Ham, Celebrity Still Life, and The Arthropod Companion.  After pausing to remodel an old house and become a father, he began resetting his painting practice in 2018. B’s current work draws on his technical background in math, science and computer programming, as well as his young daughter’s imagination and love of monsters.

Twenty years ago Nicolás Romero (Buenos Aires, 1985) began signing as ‘Ever’ and doing graffiti in the streets of Buenos Aires, a city that was living the hangover of a military dictatorship that had lasted eight years and that at that time understood street art as an expression of freedom. He moved away from graffiti to start developing murals with which he experiments and plays with its symbolic charge in his confrontation with public space.
At present, Nicolás is developing his work around “Still Life paintings”, in which through the union of elements he has found a way to use the image as a means of social reflection and anthropological research. He works through traces that he finds in his most immediate context, the result of the social network and symbols born from the coexistence of social, cultural and economic factors. From soft drink bottles to religious prints, political symbols, contemporary icons or something as apparently innocent as fruits and vegetables are part of these compositions that he uses as a bridge to talk about more complex realities.
Romero’s training in painting and drawing began in 1999 with Ariel Olivetti and between 2007 and 2008 he studied at the Rojas Cultural Center. In 2014 he was selected for the Facebook artists’ program and from 2019 he participated in the study method “Work Clinic” with the artist Diana Aisenberg. He has had solo exhibitions at the gallery The Diogenes Club in Los Angeles, at Varsi Gallery in Rome, Libertad Gallery in Queretaro or Dinámica Gallery in Buenos Aires, besides having participated in other group shows in France, Italy, Netherlands, South Africa, Austria, Australia, Mexico, Spain and the United States. His work has been selected in cultural institutions such as the Amalita Fortabat Museum and Palais de Glace in Buenos Aires, the Macro Museum in the city of Rosario or the Biennial of urban interventions in the CCEC and the Caraffa Museum in Córdoba, Argentina.

Martina Grlić belongs to a new stream of Croatian painting, which focuses on the figurative in art and on the narrative potential of the painting. Her body of work is a critical reflection on the changes that took place, and are still happening in the post-socialist societies. In her method, she explores the legacy of the political, economic and social system of the socialist era by deconstructing it through the gender aspect, patterns of the politics of memory, and reading of the image.
The method she uses is based on ethnography and autoethnography of everyday life and popular culture as well as the transformation of documentary photographs into the painting background.
Martina Grlić, b. 1982 Zagreb, lives and works in Zagreb, Croatia. She received her M.A. from the Academy of Fine Arts Zagreb, Croatia.
Solo exhibitions include: Potemka Gallery, Leipzig (2019), HDLU Zagreb (2018). Kranjcar Gallery, Zagreb (2017). Gallery Simulaker, Novo Mesto(2016). Gallery Poola, Pula (2015). Gallery Josip Racic, Zagreb (2014). Gallery Karas, Zagreb (2013). Gallery SC, Zagreb (2010).
Selected group exhibitions include: Museum of Contemporary Art, Zagreb (2017). HDLU Zagreb (2016). National Museum Gdanjsk (2016). Ningbo Museum of Art, Ningbo (2015). KIBLA, Maribor (2014), Kunstlerhaus Vienna (2011).
She won HPB prize for young artist in 2017 and First Prize for painting from Erste bank.

Jack Sure’s works are a distilled reflection of the significant moments, lessons and inspirations of his life. Pulling imagery from both his childhood, currently and perhaps the future simultaneously. Sure wants his pictures to tell a story that is not an obvious one, but one that takes a moment of contemplation and discovery while pushing boundaries of ugliness and beauty. It invites the observer to recognize that one cannot exist without the other. To him beauty is a choice by way of transmutation thus, only existing through perception. Because of this Jack Sure’s work is organic in a way that it is constantly evolving and transforming itself . 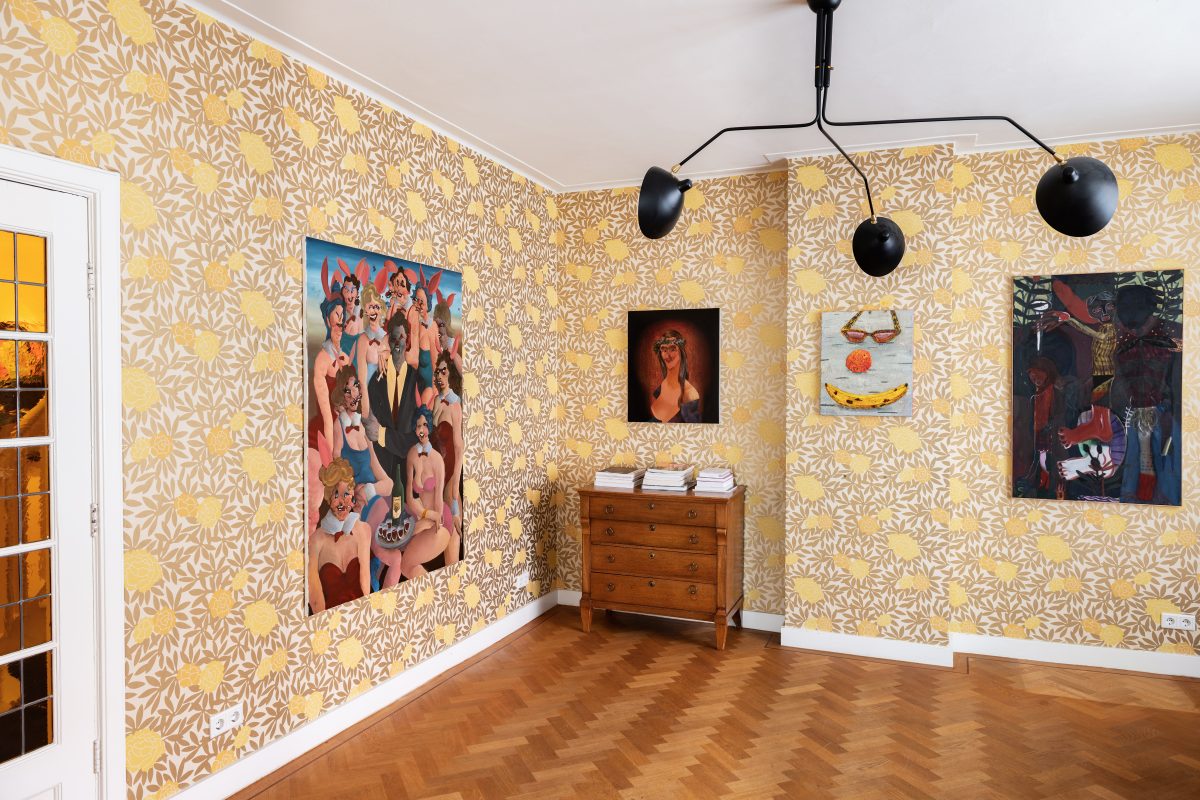 When artmaking steps away from realistic representation and releases itself from the rules of tangible reality, it enters the infinite sphere of imagination and innovation. Works created with such approach are fueled by the urge to create and explore this obscure realm through experimentation of both the visual and technical aspects of the creative practice. Whether with abstraction, going back to “naive” or “bad” painting, simplifying imagery to barely recognizable forms, allowing the materials to lead the creative path, the artists working in such manner at some point stopped “giving a damn” and boldly entered the unknown territory.

Marian Cramer Projects in Amsterdam has teamed up with curator, writer, and contributing editor of Juxtapoz magazine, Sasha Bogojev, for an exciting group exhibition that will celebrate the beginning of Summer and hopeful restoration of everyday life’s energy. DontGiveADamns is an eclectic selection of 18 international artists whose creative practice carries the “f**k it!” attitude at some level. Whether approaching the rendering of their visuals loosely, being purposely careless or sloppy about the technical aspect of their work, or resolutely trying to not fit in any existing genres, DontGiveADamns are embodying the textbook “creative free spirit” to the fullest. 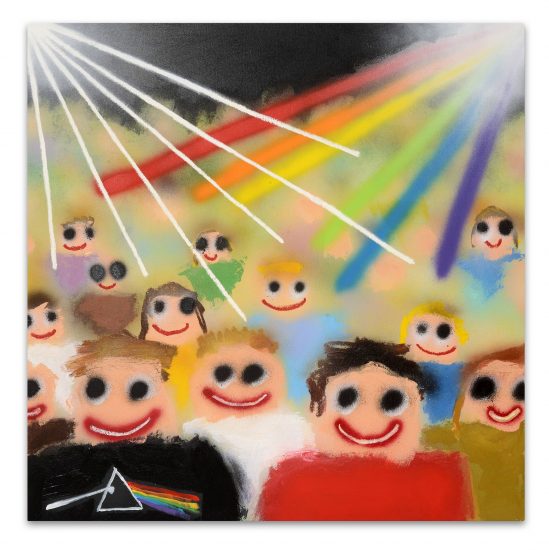 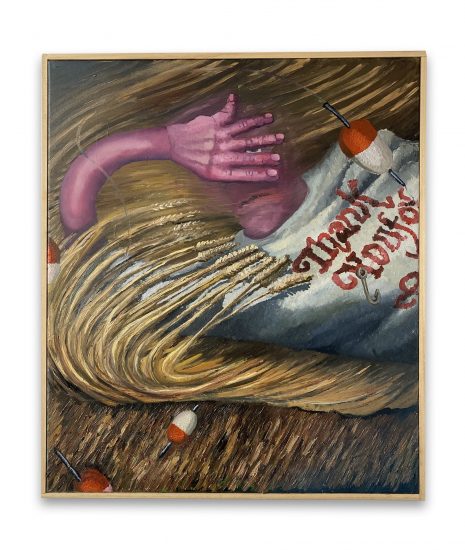 Heidi Ukkonen, “Thank You For…” 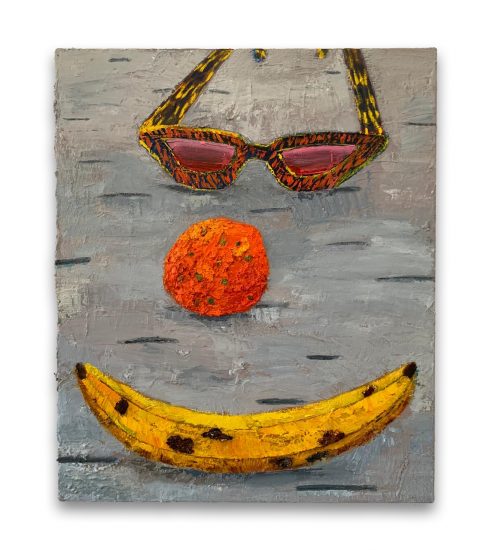 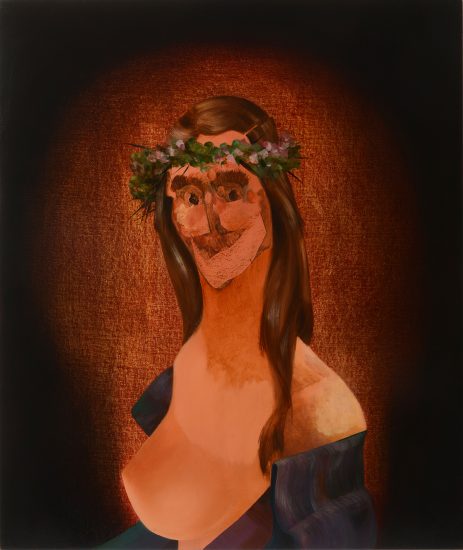 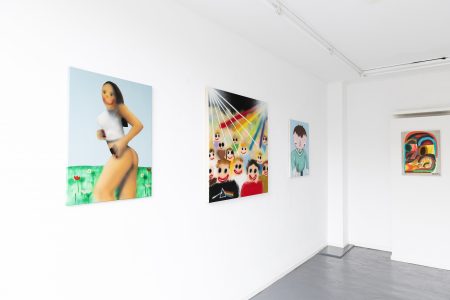 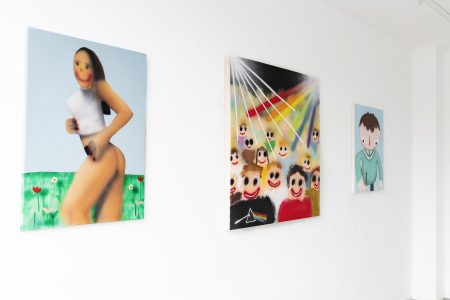 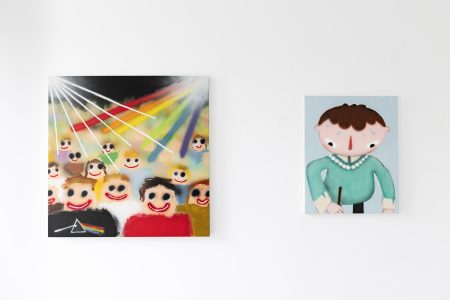 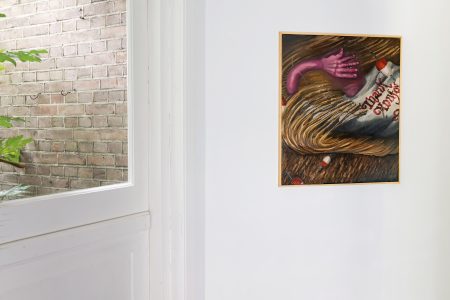 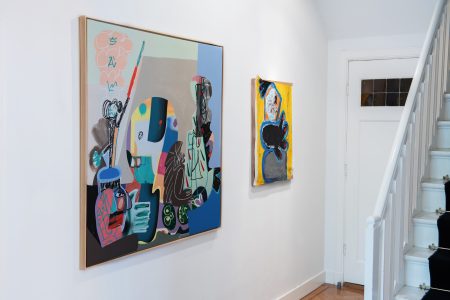 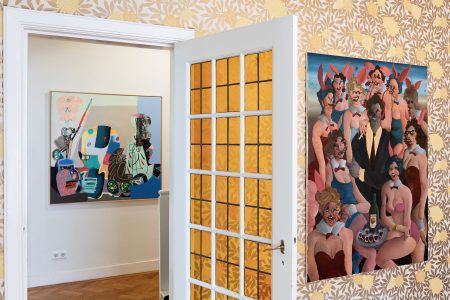 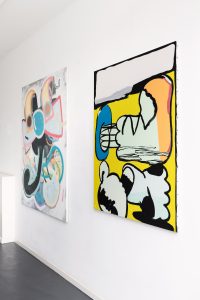 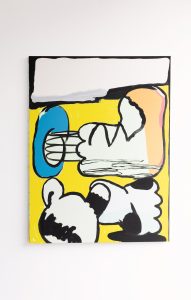 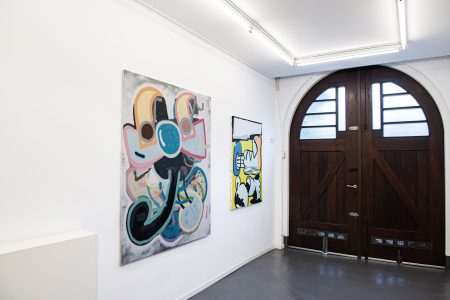 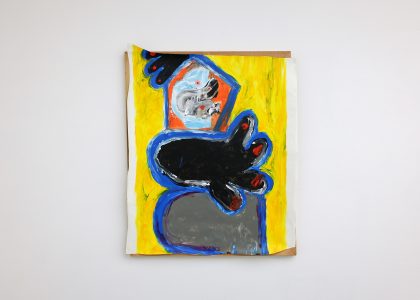